Since the last post I’ve had some great gigs in Fishguard, Pembrokeshire with ‘The Hot Club of Fenham’ at Aberjazz Festival and a couple supporting Pete Morton and Allan Taylor at my local folk club, Folk at the Foxlowe.

I’m also back playing with one of my favourite bands Chester & the Fog and after having a wonderful gig at The Ship Inn, Low Newton we are starting a bluegrass concert and jam night at Bar Loco, Newcastle. This will take place on first Thursday of every month; the first couple will be on 2nd November and 7th December.

Today I’m joining, Newcastle Fiddler, Tom McConville for songs and tunes at a Charity Concert in Aid of the Lisieux Trust at Alstonfield Village Hall.

‘Provenance’ is still coming along grand, with everything recorded now bar a few fiddle and vocal tracks. This time in the studio featured Coral Reid on Oboe and more Will Hammond on the vibraphone. Release is now set to be late October/early November.

Here’s a clip I took of Ian Stephenson recording his part on the first track of the album.

Here’s a snap Ian Stephenson took of myself and Will Hammond in the studio at Thropton. 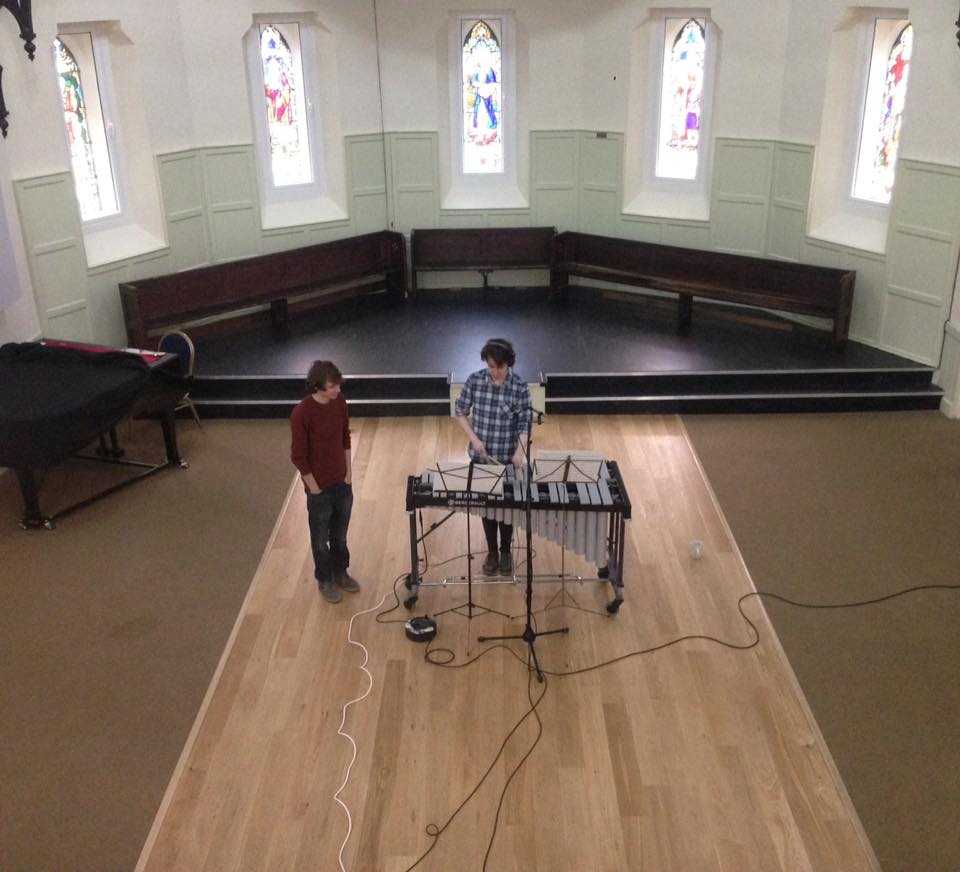